Asking for help is something I’ve never been good at. Over the course of many years, it is something I’ve realized I needed to improve on. Today for example, an awesome friend came over to help with a home project I’ve been wanting done for TEN YEARS. Something I thought would be too difficult and I’d have to hire out. Not only did he help me, he also showed me how for the next time.

This simple thing started my thought process on how many other times in life I could have just asked for help. At times, I think we get a bit stuck in life. Especially, when we don’t ask for or accept help from others. As life continues on, most people become more specialized in a particular area. Because of this, it is natural that we would need to rely on others. This could be in the form of support or actual doing things around the house.  Asking for help is especially important when we are burnt out or our pilot light has lost its flame.

Going through the pandemic hit most of us hard. For example, most people limited their social lives, and some even worked with less people to be 6 feet apart. This difference in contact changed not just our physical lives, but also our mental lives. Meaning, the simple fact of not being able to support someone with a hug, or help someone at work by looking at the same thing creates a distance physically. But also, creates distance mentally.

In combination with my previous not wanting to ask for help, hinders progress in so many ways. During this time like never before, I realize that not only is asking for help okay. It is also necessary to get through each day.

Recently, while taking a course, one of the assistants shared her experience with asking for help. During this story, she mentioned that while asking for help she noticed a change in how others responded to her. After some research, she found that studies have shown, asking for help builds trust. Because asking another for help indicates that you trust the other person. It opens things up and allows the other person to be of service. This exchange in trust helps to build the relationship, even if its as simple as asking for help finding something in a retail store.

This comment ignited in me an awareness that I previously had not known. Asking for help doesn’t show a weakness, it shows trust and respect to the person you are asking. In one day my perspective shifted and I started asking for help. Sometimes in small ways and sometimes, like today, in bigger ways.

After a few months of making this a practice, I’ve realized the age old saying, “Teamwork makes the dream work” is truer than originally thought. This saying has always made sense to me in terms of actual teams put together for work, or sports teams. In which, both would not succeed at all without one another! In terms of everyday, however, I hadn’t considered this until now.

Even if the team is two people, better things come about! Potentially this is just for me because I am extraverted and the limit of interaction has started to get to me. However I think it would be safe to say that two is typically better than one. Asking for help doesn’t come easy for everyone (I’m a great example). But I do encourage you do ask for help today – even if it is something super simple. If you aren’t comfortable asking for help, even asking someone to show you how they might approach something could be the start!

Please let me know your thoughts on this topic and if asking for help comes easily for you or not! Can’t wait to hear. 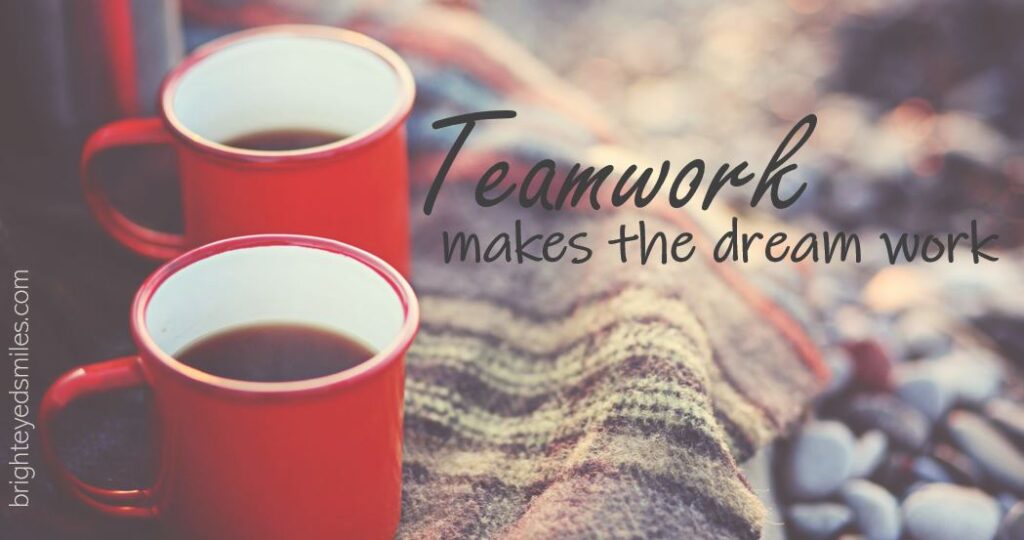 2 thoughts on “Asking for help”